Washington, DC–(ENEWSPF)–January 9, 2015.  New closed-door international trade agreement proposals between the U.S. and EU could weaken pesticide standards and threaten the U.S. organic food industry. Set forth by European and U.S. trade associations, the proposals were met with strong disapproval by numerous non-governmental organizations (NGO) and non-profits. Beyond Pesticides and over a hundred other European and U.S.-based organizations signed on to a letter in July 2014 calling for increased transparency of negotiating proposals and the exclusion of chemical regulations from the entire scope of the prospective Transatlantic Trade and Investment Partnership (TTIP). 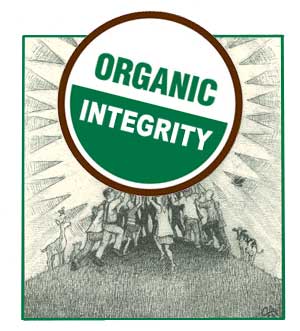 The proposals are recommended by the trade associations CropLife America and the European Crop Protection Association (ECPA) –which represent major agricultural chemical manufactures like Bayer CropScience, Dow AgroSciences, and DuPont Crop Protection– with claims that the policy would help reduce or get rid of trade barriers and help promote regulatory cooperation and achieve the goals of the TTIP. According to a new Center for International Environmental Law (CIEL) report, however, these proposals push for anemic pesticide residue limits in the EU, which are currently some of the strongest ones in existence and have influenced more stringent standards around the world, including the U.S. The groups recommend a U.S. system of chemical risk assessment that would result in the allowed use of at least 82 pesticides currently banned in the EU, but still permitted in the U.S. These pesticides include endocrine disruptors, carcinogens, and other highly hazardous chemicals such as endosulfan, fenpropathrin, and propargite. Additionally, the actions of CropLife America and ECPA would likely result in a forestalling of efforts by both the U.S. and EU to protect bee populations from neonicotinoid pesticides, which have been increasingly linked to widespread bee disappearances around the world.

“If adopted, these recommendations will thwart pesticide regulation that is vital for protecting workers, consumers and communities,” said Erica Smith, the CIEL report’s lead author.

Debbie Barker, international director at the Center for Food Safety (CFS), said the recommended policy’s risk-assessment-based approach runs “counter to the EU’s precautionary principle approach toward agricultural pesticide approvals.” Adopting the U.S. risk-based approach, Barker warned, “would result in a downward spiral of safeguards vis-à-vis agricultural chemicals currently in place in the EU.” Beyond Pesticides is a staunch critic of the current risk-assessment measures used in the U.S. to mitigate exposure to pesticides and other harmful chemicals. The U.S. Environmental Protection Agency’s risk assessment process fails to look at chemical mixtures, synergistic effects, certain health endpoints (such as endocrine disruption), disproportionate effects to vulnerable population groups, and regular noncompliance with product label directions. These deficiencies contribute to its severe limitations in defining real world poisoning.

The proposed policy could also undermine the growth of the U.S. organic food industry, which is worth three times the U.S. agricultural exports to the EU.

“Some will argue that this will provide some people with the opportunity to sell more into the EU,” said U.S. Congressional Representative Chellie Pingree of the industry proposal. But, she said: “That will be agribusiness giants, not farm families, who are selling organic products, antibiotic-free meat, GMO-labeled products.”

Additionally, the proposal calls for an international confidential business information policy. The CIEL report states that this could interfere with public health protections and the development of safer chemicals. According to Robert Anderson, senior trade advisor at the Organic Trade Association, this policy could make it difficult to ensure that products are free from pesticides.

Beyond Pesticides continues to fight for strong, public protections against chemicals in our homes and environment and any form of legislation that would diminish the right of communities and individuals alike to establish protective laws, regulations, and standards, as well as for the integrity of the U.S. organic label.