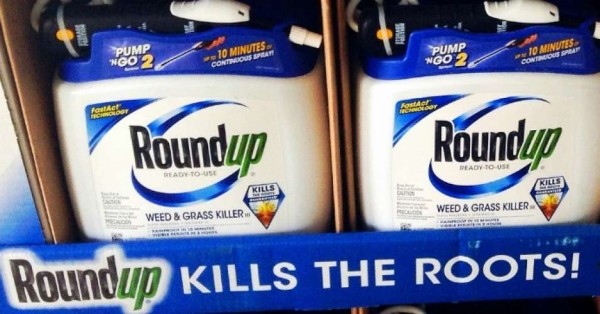 More than 400 farmers, landscapers, and consumers, whose lawsuits have been consolidated before the Northern California federal district court in San Francisco, allege that Monsanto’s weed-killer caused them to develop non-Hodgkin’s lymphoma, a blood cell cancer.

“Glyphosate, the active ingredient in Roundup, is the most widely-used agricultural chemical in the U.S. Millions of people regularly use Roundup in their backyards, and it’s commonly sprayed on our food and in areas where kids play and learn, including public parks, school playgrounds and sports fields. In fact, the victim in one of the cases before the court, Dewayne Johnson, is a school groundskeeper.

“The plaintiffs in this case have shown the judge that the ingredients in Roundup carry a risk, and that there is enough evidence of that risk for the cases to go to trial. Victims deserve their day in court, so this is a major victory for hundreds of people who believe that Monsanto’s Roundup caused them to develop cancer.”

U.S. PIRG is the federation of state Public Interest Research Groups. PIRGs are non-profit, non-partisan public interest advocacy organizations that stand up to powerful interests whenever they threaten our health and safety, our financial security, or our right to fully participate in our democratic society.