Washington, DC–(ENEWSPF)–January 11, 2016.  Scientists at Sussex University in the United Kingdom (UK) have found that bumble bees and honey bees are exposed to a harmful chemical cocktail when collecting pollen from wildflowers and hedgerows that border neonicotinoid-treated crops in UK farmland. After testing oilseed rape croplands during blooming season, these chemical cocktails were found to be mixed with fungicides and insecticides, and at concentrations much higher than expected.  According to the Soil Association, which supported the study, “These chemical cocktails could make the impact of neonicotinoids up to 1,000 times more potent than previously realized.” With at least 121 different agrochemicals detected in hive wax and pollen samples in the Unites States, most of which include systemic pesticides, it is becoming increasingly more important to study the synergistic effects of pesticides in and outside of farm land. 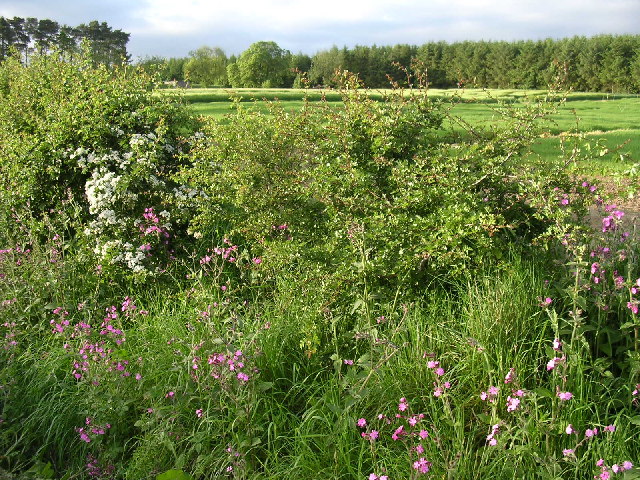 The scientists concluded that the effects of these pesticide cocktails need to be examined, “Our study confirms that bees foraging in arable farmland are exposed to a complex cocktail of neonicotinoid insecticides and fungicides in the pollen they collect…A major challenge which has yet to be tackled is attempting to understand what effects simultaneous exposure to multiple pesticides has upon bees in the field.”

The sampling for this study was conducted in the spring and summer of 2013, before the moratorium on the use of neonicotinoid-treated seeds came into effect in the UK. The current state of wildflower pollen contamination is unknown. This study further supports the European Union’s decision to ban neonicotinoid-treated seeds and supports a continuation of that moratorium moving forward. While industry supporters, like Syngenta and Bayer CropSciences, insist that the ban has caused detrimental effects to farmers, an August 2015 study found that oilseed rape yields actually increased compared to the 5-year average. One month later, a Michigan State University study found that neonicotinoid-treated seeds do not reduce crop damage from pests.

In the U.S., no such moratorium exists, although the recently released imidacloprid preliminary risk assessment from the Environmental Protection Agency (EPA) confirms widespread exposure to the widely-used class of pesticides.

While neonicotinoid pesticides have continuously been linked to bee population decline, fungicides and the synergistic effects of fungicides and neonicotinoids are only recently coming to light. In June 2015, two studies linked declining bee health to fungicide use. Another June study found a relationship between timing of fungicide applications and wild bee populations. Fungicide applications prior to apple flower blooming resulted in the steepest decline in wild bee abundance and diversity.

While the European Commission and EPA have large decisions to make concerning pollinators, citizens like yourself can help fight against bee-killing pesticides from home. With home-improvement stores such as Home Depot and Lowe’s phasing out bee-toxic products, America’s pollinators need your help to encourage other corporate stores to do the same. True Value and ACE Hardware have pollinators on their radar, but need to feel the heat! Click here to tell their corporate headquarters to phase out neonicotinoids and protect pollinators today.

You can also pledge to promote a pollinator-friendly garden in your yard. Beyond Pesticides’ members across the country are spreading the word about pollinator health by proudly displaying Pesticide-Free Zone Signs in their gardens. Whether you use one of our honey bee or ladybug pesticide-free zone signs, or a homemade one, these signs are an effective way to spark a discussion on the hazards of toxic pesticides and bee decline. You can see some of the beautiful, pesticide-free gardens in our 2016 calendar. Click here to purchase a calendar for the New Year!