Washington, DC–(ENEWSPF)–November 4, 2014.  Last week, a United Nations committee of experts recommended the global elimination of the pesticide pentachlorophenol (PCP), widely used in the United States and elsewhere for treatment of wooden utility poles and railroad ties. Scientists cite chemical’s persistence, bioaccumulation, long-range transport, and PCP’s toxic impacts in recommending it being listed in the Stockholm Convention on Persistent Organic Pollutants, an international treaty established to safeguard human and environmental health from highly hazardous chemicals. The committee further noted the wide availability of non-chemical alternatives much safer than PCP, which include steel, composite, and concrete poles, as well as the burying of power lines.

“This is the beginning of the end of pentachlorophenol,” said Pam Miller, executive director of Alaska Community Action on Toxics. “Pentachlorophenol has global health implications since it is found in the bodies of people throughout the world including Indigenous Peoples of the Arctic. Now governments and the private sector need to get to work to finally eliminate this toxic chemical.” 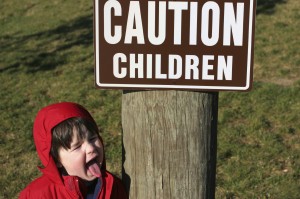 The United States is not a signatory to the Stockholm Convention, and is, in fact, the largest producer and user of PCP in the world. U.S. government agencies have sent mixed messages during the deliberations on adding PCP to the Stockholm Convention. While the U.S. Environmental Protection Agency (EPA) has sought to oppose efforts to ban the chemical, last month the U.S. Department of Health and Human Services included PCP in its 13th Report on Carcinogens, declaring the substance “reasonably anticipated to be a human carcinogen.”

Beyond Pesticides has for decades advocated the removal of PCP from the market. The organochlorine compound was first developed as a pesticide and used in agriculture, yet health and environmental concerns led to numerous reviews of the chemical, which then led to rollbacks in its allowed uses on crops and in residential settings. PCP is neurotoxic, contains a mixture of volatile polycyclic aromatic hydrocarbons (PAHs), and is contaminated with deadly dioxin, furans, and hexochlorobenzene. In 2002, Beyond Pesticides, along with other health and labor organizations, brought a lawsuit against EPA in which it was argued that the agency must cancel all allowed uses of the wood preservative. The litigation argued that PCP and other wood preservatives hurt utility workers exposed to treated poles, children playing near treated structures, and the environment, citing the availability of alternatives. However, in 2005, a judge dismissed the suit on procedural grounds. Despite mounting pressure, in 2004 the agency tweaked its risk scenario for children’s exposure to PCP-treated utility poles in order to skirt an unacceptable cancer risk determination of 2.2 in 10,000. In an affront to common sense of how children play, in the new scenario, EPA asserted, “Where utility poles are installed on home/school or other residential sites, child contact via the dermal or oral routes is not anticipated since play activities with or around these pole structures would not normally occur.”

In September, the Town of North Hempstead on Long Island passed a law requiring warning labels on utility poles treated with PCP. The mandated labeling states, “This pole contains a hazardous chemical. Avoid prolonged direct contact with this pole. Wash hands or other exposed areas thoroughly if contact is made.” Shortly after North Hempstead’s action, members from both chambers in New York’s state legislature announced companion legislation to prohibit the future use of utility poles treated with pentachlorophenol (PCP), and call for the posting of warnings to inform people about the dangers of contact with PCP on existing poles.

Through the publication of two reports in the late 1990s, Beyond Pesticides continues its efforts to raise public awareness of the hazards created by pesticide coated utility poles. Yet, our organization continues to receive calls from the public reporting concerning health impacts after exposure to utility poles, or after new poles are installed near their property.

Both of Beyond Pesticides’ reports can be found on the Wood Preservatives webpage. The first report, Poison Poles, published in 1997, examines the toxic trail left by the manufacture, use, storage and disposal of the heavy-duty wood preservatives from cradle to grave. Pole Pollution, published in 1999, focuses on EPA’s draft preliminary science chapter on PCP and provides the results of our survey of over 3,000 utilities across the United States and Canada. Increase public pressure to ban hazardous PCP by contacting your local and state legislators and telling them to introduce a bill to remove these poisons from your community.