Washington, DC–(ENEWSPF)–July 30, 2015. Despite concerns for human and environmental contamination, the U.S. Department of Agriculture (USDA) adds 2,4-D-tolerant cotton, a genetically engineered (GE) crop, to the list of unregulated GE crops, joining 2,4-D resistant corn and soybeans. Last week, the Animal and Plant Health Inspection Service (APHIS) division of USDA released its decision on Dow AgroSciences’ petition to deregulate the 2,4-D resistant GE cotton. The decision was signed off by Michael J. Firko, the Deputy Administrator of Biotechnology Regulatory Services. In September of last year, Deputy Firko also signed the determination paperwork that deregulated GE corn and soybean. The deregulation essentially releases the GE organism from the regulatory requirements of 7 CFR part 340 or the plant pest provisions of the Plant Protection Act. Dow’s GE cotton, part of the Enlist Weed Control System, is resistant to 2,4-D choline, glufosinate, and glyphosate. Growers in the cotton industry have been vying for the GE cotton to enter the market in order to combat herbicide-resistant weeds due to the broad scale use of Monsanto’s RoundUp (glyphosate), which continues to fail across the agricultural industry due to weed resistance. 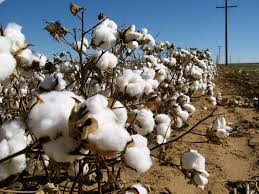 Glyphosate is a phosphanoglycine herbicide that inhibits an enzyme essential to plant growth. While Monsanto claims that glyphosate is “safer” and has a “lower toxicity” than other chemicals on the market, however, many recent studies prove that it is anything but. It was recently classified as a human carcinogen based on laboratory studies by the World Health Organization (WHO) in March. Co-author of the report, Christopher Portier, PhD, says it is found to damage human DNA, causing increased risk of cancer. Unfortunately, the long-standing use of glyphosate due to the false notion that it is a “safer” herbicide has increased the tolerance of crops to its deadly properties, prompting scientists to add the highly toxic 2,4-D to the cycle of increased resistance.

But, this cycle comes at the consumer’s cost. The new wave of GE crops on the market are now stacked to include the 2,4-D toxicant, something that elevates human health risks like soft tissue sarcoma, non-Hodgkin’s lymphoma (NHL), neurotoxicity, kidney/liver damage, and harm to the reproductive system. Enlist component 2,4-D carries carcinogenic (cancer-causing) traits, according to a study conducted by the International Agency for Research on Cancer (IARC). The National Cancer Institute also discovered that 2,4-D has been associated with 2- to 8-fold increases of NHL in studies conducted in Sweden, Kansas, Nebraska, Canada, and elsewhere. GE crops, like Dow’s Enlist cotton, are marketed in response to the inevitability of weed resistance by allowing even more toxic chemicals to be sprayed on agricultural products in the marketplace. Three years ago, an emergency exemption was granted for the use of the herbicide fluridone on cotton when weeds failed to respond to glyphosate. With the recent USDA decision, that cycle will continue to add more and more toxic substances to crops as they and the weeds that surround them gain resistance.

EPA approved the registration of Enlist Duo in September of 2014, which was, of course, quickly followed by the USDA’s approval of the Enlist Duo-resistant GE soybean and corn crops. Since then, environmental groups have started to fight back in order to protect the species most effected by Enlist Duo. The National Resources Defense Council (NRDC) filed a suit in October 2014 to block the use of a powerful, newly approved weed killer that will wreak further destruction on monarch butterfly populations already devastated by agricultural chemicals. “The toxic treadmill has to stop,” said Jay Feldman, executive director of Beyond Pesticides. “EPA and USDA cannot continue to ignore the history, science, and public opinion surrounding these dangerous chemicals so that a failed and unnecessary system of chemically-dependent agriculture can continue to destroy our health and environment.” This April, environmental groups, including Beyond Pesticides, joined NRDC and Center for Food Safety in another suit against EPA and their decision to expand the uses of Enlist Duo. This coalition is challenging this decision because of the serious impacts the powerful new herbicide cocktail will have on farmworkers, neighboring farms, and ground and surface water, as well as endangered species.

Given the proliferation of GE crops on the market, many consumers and environmentalists have sought to avoid GE products by advocating for laws to label foods containing GE ingredients. Due to a recent U.S. House of Representatives’ vote, it is expected that the DARK Act will be introduced in the U.S. Senate and, if passed, will eliminate mandatory labeling laws. To get involved with the recent DARK Act and write to your Senator about your right to GE labeling, click here. It’s important to note that currently the best way to avoid genetically engineered foods in the marketplace is to purchase foods that have the USDA certified organic seal. Under organic certification standards, genetically modified organisms and their byproducts are prohibited.

Pursuing sustainable alternatives can prevent the pesticide treadmill that results from the use of GE crops and pesticides like glyphosate. Ecological pest management strategies, organic practices, and solutions that are not chemical-intensive are the most appropriate and long-term solution to managing unwanted plants, or weeds. Additionally, organic agriculture is an ecologically-based management system that prioritizes cultural, biological, mechanical production practices, and natural inputs. By strengthening on-farm resources, such as soil fertility, pasture and biodiversity, organic farmers can minimize and even avoid the production challenges that most genetically engineered organisms have been falsely-marketed as solving. To learn more about organic agriculture, see Beyond Pesticides Organic Program Page.

For more information on GE foods and what you can do, see Beyond Pesticides Genetic Engineering Program Page.