Del Mar, CA (PRWEB) June 10, 2008 — Finally… integrity is not only admirable but award-winning. A critically-acclaimed book that provides a … Read more

Alan Edrinn is a reporter for The Northern Star, and a summer 2007 intern reporter for eNews Park Forest.(PHOTO SUPPLIED) Editor’s Note: … Read more

Park Forest, IL–(ENEWSPF)– Two juveniles were tasered by police during an attempted burglary on the morning of Dec. 17. At 10:14 a.m. … Read more

After several board members expressed regret for McCarthy leaving, the board unanimously approved the resignation.

“With deep regret, I move we accept your resignation from our school,” said board member Peg Donohue.

The motion, which was originally in the consent agenda, was pulled for discussion out of respect for McCarthy by some board members.

“I would like to say I’m extraordinarily proud of everything that we’ve accomplished at Prairie State College,” McCarthy said.

Park Forest Resident Joan Adams directed a question to Board Chair Mark Fazzini about the hiring process for McCarthy’s replacement.

“Many in our community are saddened by Dr. McCarthy’s resignation, and are worried about the future of the college. We would like to see another strong and independent administrator in this position who will continue in the manner of Dr. McCarthy and go the extra mile, such as applying for and receiving grants, and approving ratings of the college,” Adams said. “I would like to know what your criterion is for a new president, and do you think a one year contract will attract the most qualified candidate?”

Trustee Mary Johnson, who serves as board liaison to the ACCT, said at the board meeting she asked ACCT Vice President for Research, Education and Board Leadership Services Dr. Narcissa Polonio about the resumes for candidates.  According to Johnson, Polonio said she sent the resumes to Board Chari Mark Fazzini, and that ACCT as a courtesy would send the resumes to all board members, “at their home or office, whichever would be more appropriate, and that [Board Chair Fazzini] denied that.” According to Johnson, Fazzini asked that resumes be sent directly to his home.

Trustee Kathleen Doyle expressed concern that the board had not received all resumes that have been sent to the school.

In a phone interview, Dr. Polonio declined comment on this matter, “The important thing is bringing everybody together.  It’s a good institution.”

“We have received names from those various sources, and from that we have a group of resumes for the board to review in executive session,” Fazzini said. “What the board will be expected to do, from discussions I have had with the board, is we will look at the resumes, and bring in some candidates for an interview.”

“I can see we’re starting this process with a lot of trust, but that’s okay,” Fazzini said.

“[Trust] has to be earned,” Doyle responded.

“I can see you’re earning it,” Fazzini replied.

The audio from this entire exchange at the board meeting can be heard here:
{mgmediabot2}path=audio/PSC-president-motion-121907.mp3|popup=Click here to play|width=300|height=300{/mgmediabot2}

Fazzini said the process started about 10 days prior to Tuesday night’s meeting, and ACCT gives about a six week time frame for the process which consists of negotiating a contract, working out details, soliciting resumes and bring the person in, with each piece taking about a week.

“Everyone would like to have someone in place before Dr. McCarthy leaves,” he said.

A tribute will be held for McCarthy Jan. 25, 2009 from 4 to 6 p.m. in the Business and Community Education Center at Prairie State College. 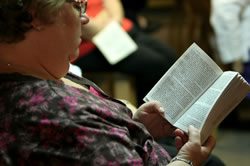 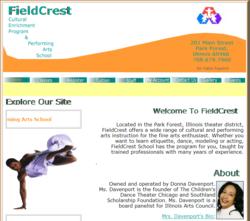